In July 2015, the council in the Spanish town of Trigueros del Valle in the Castile and Leon region voted overwhelmingly in favor of defining pets as ‘non-human residents’ giving them rights similar to men and women. .

“Dogs and cats have been living among us for over a 1,000 years”, said Pedro Perez Espinosa, the town’s Socialist mayor, and “the mayor must represent not just the human residents but must also be here for the others.”

This is a giant step for the animals and will surely have a great positive impact not only in Spain but the whole world. 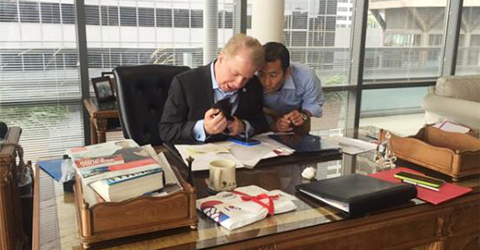 In Seattle, Washington, USA, the City Hall became "Kitty Hall" for one hour one Friday afternoon. Mayor Ed Murray turned over his office to adoptable kittens to try to arouse interest in people in adopting and fostering cats.

As the examples above show, people around the globe are treating animals as our partners, as common living existence. 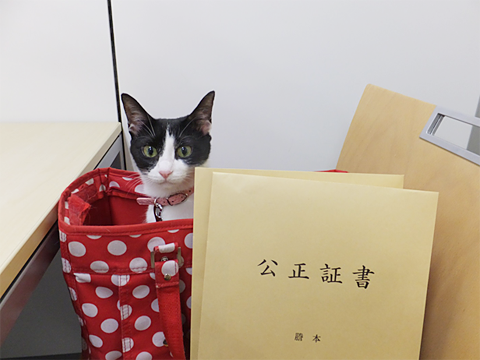 However in Japan, even pet animals are treated as ‘damaged goods’ (and not as a living creature) when beaten by some heartless persons. So animals are treated in the same way as property by courts of law. As a means to let people become more aware of the physical and mental stress felt by beaten animals and their human owners alike (in a same way that beaten child and their parents suffer when the child is beaten), Jeanne d’Arc the cat, HARO’s Honoray Chiarman, has offically been adopted and registered as a member of her master’s family (just like humans).

The chairman of HARO, Mr. Ogawa, is a former MP, and a number of directors are current members of the Parliament. Jeanne d’Arc, the Honoray Chairman, is a lobbyst cat.

We believe that it is one of our missions to provide positive information on animal rights activities abroad such as mentioned above to politicians in Japan on the national as well as prefectural and municipality level so that the idea can be reflected on the future legislation regarding animal rights.

We are a group of lawyers and other professionals to assist pet owners and animal rights volunteers which in turn would indirectly help to raise the social status of the animals. 130,000 animals were killed by the Japanese local authorities in 2013, out of which 40,000 were due to pet owners’ related reasons, such as death or hospitalization of pet owners and pet owners’ moving.

These animals could be saved if pet owners can designate the future owner through will or by contract. HARO, through its member lawyers and other professionals, aim to improve the rights of the animals by coordinating with volunteer groups so that pet owners do not need to resort to giving up their pets to public health centers (i.e.local authorities) and help set up the legal framework where pet animals can fulfill their lives as a member of the family with humans.  HARO aim to improve the rights of animals through these activitites.

（The politicians in the Picture are not related to our organization. Cat Jeanne met them.） 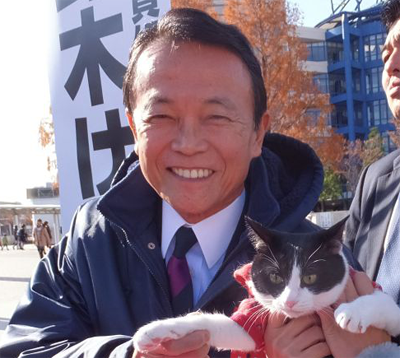 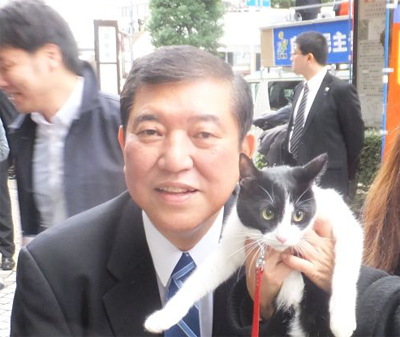 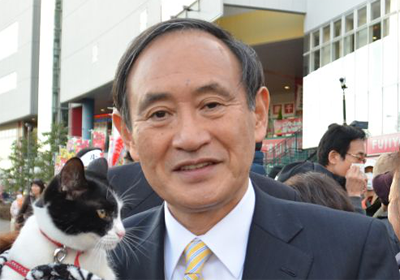 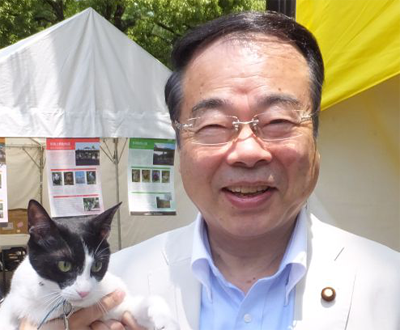 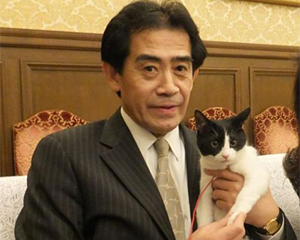 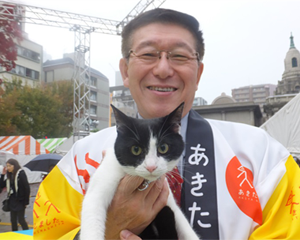 The Human and Animal Rights Organization（HARO) was established in February 2015 with a mission for the advancement of animal welfare. We began our grass-roots movement to save animals from abuse and euthanasia and to provide resources for pet owners.

As is frequently reported in the media, many abuses of animals occur in Japan. The stabbing of a guide dog in a train is the most recent example. This guide dog’s stabbing was categorized as “property destruction,” instead of an act of abuse towards an animal. There are also many incidents of pets being abandoned and becoming stray. These animals become a nuisance for neighbors and are often abused.

Today, there are more than 13 million animals euthanized in Japan. Many countries overseas have progressive rules concerning animal welfare and established laws for better treatment of animals. In order to align Japan with the more responsible standards of advanced countries toward animals, our organization has set a goal of zero animals euthanized by the 2020 Tokyo Olympic.

We appreciate that more people have joined our organization and are volunteering. Donations have increased as well. We as well are committed to promoting our mission now and in the future. We ask for your support for this important cause. 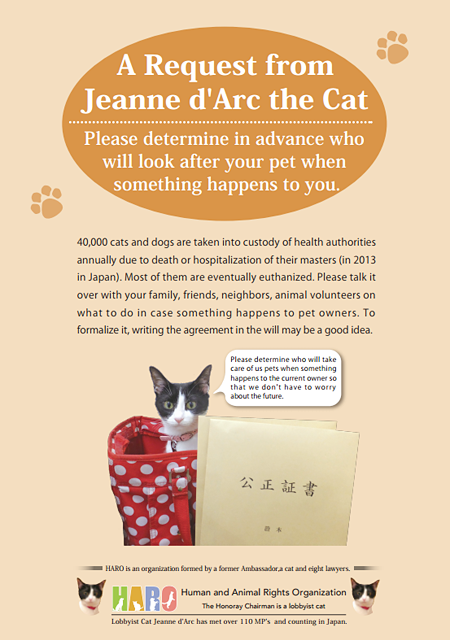 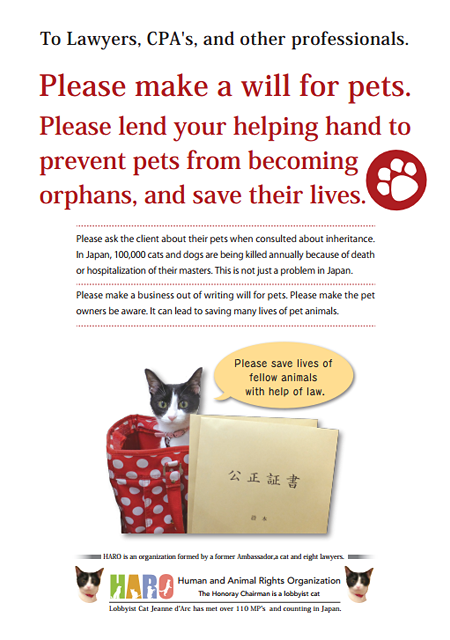 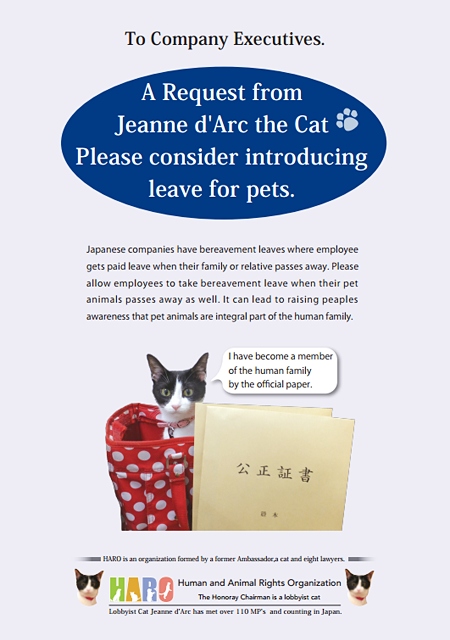 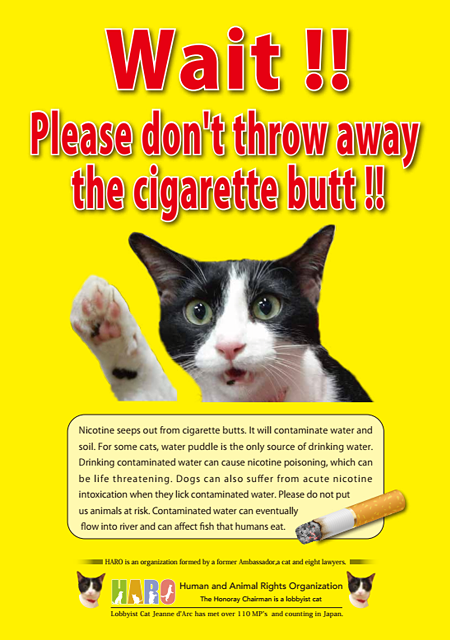 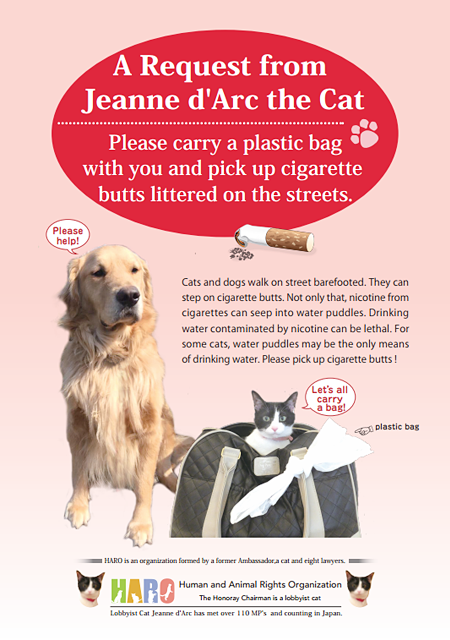 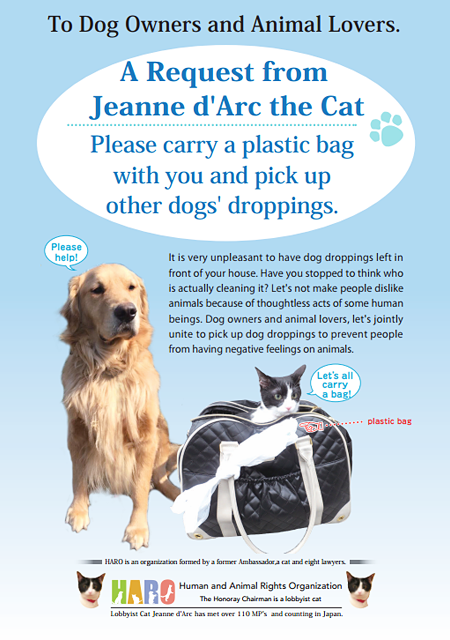 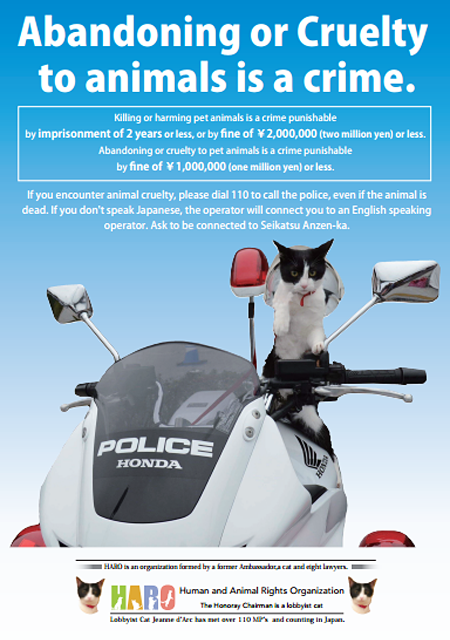 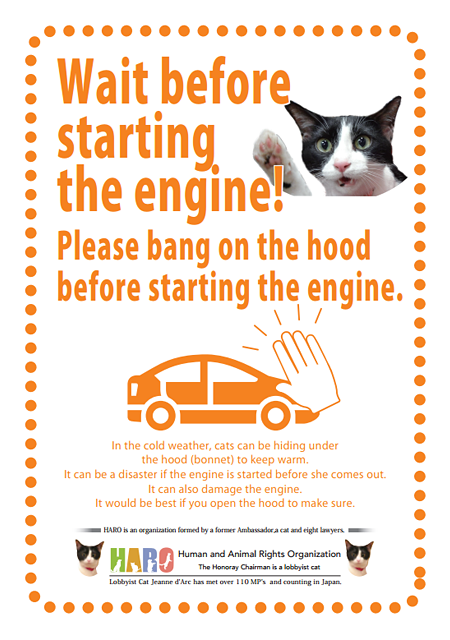 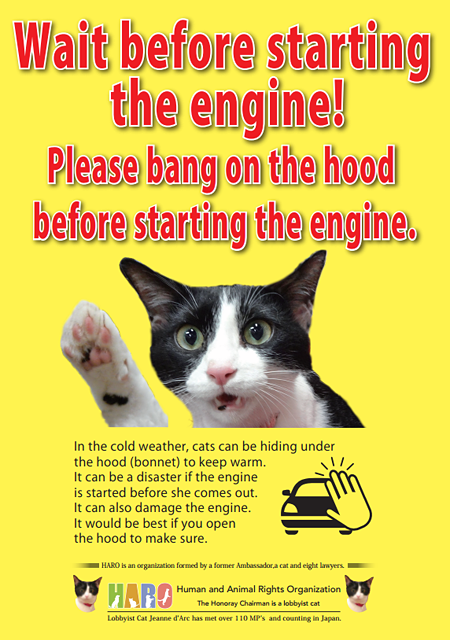 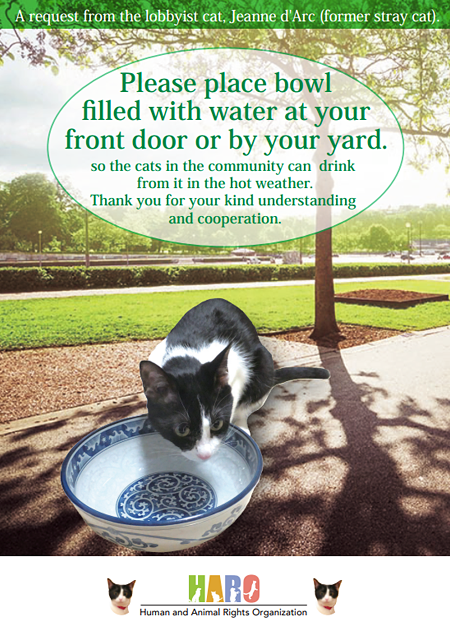 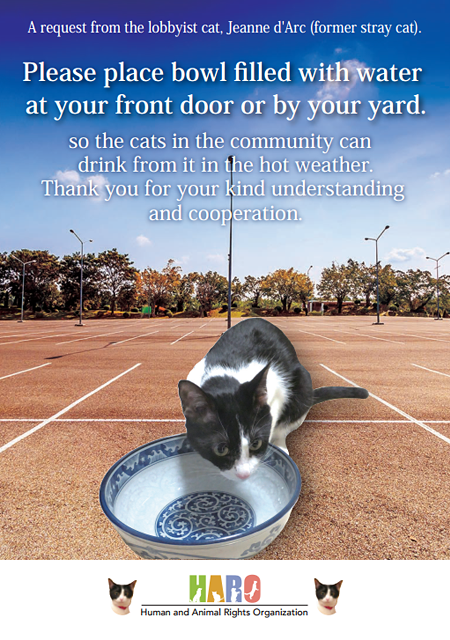 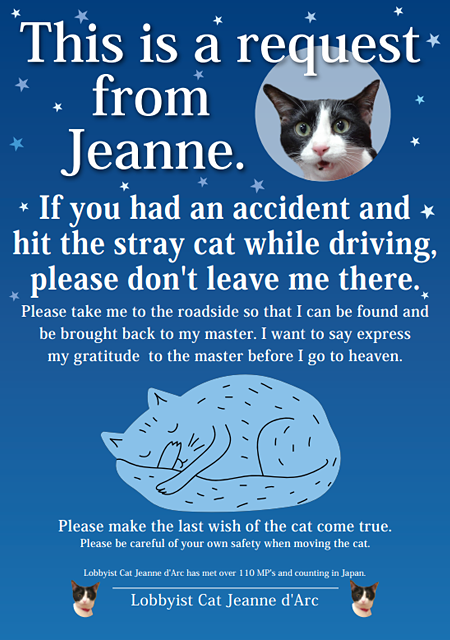 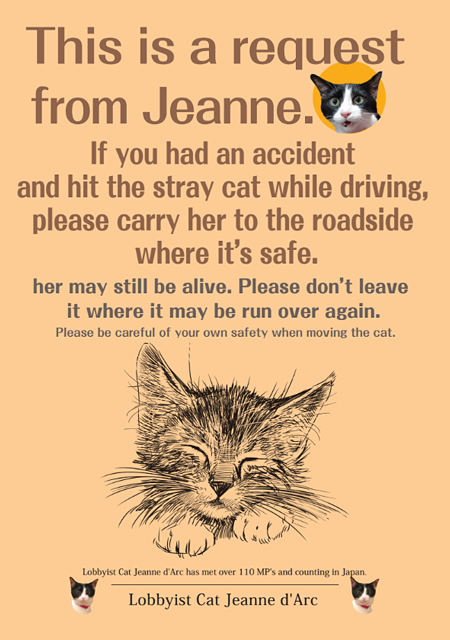